Definitions and examples of Liver Ultrasounds are presented in two views.

What are Liver Ultrasounds?

An ultrasound of liver uses high frequency sound waves to create a live image from inside of a patient’s body. It is a painless test that is very commonly used in the medical field today. An ultrasound is also sometimes referred to as a sonogram, diagnostic sonography, or ultrasonography. The medical professional that performs an ultrasound is called a sonographer. 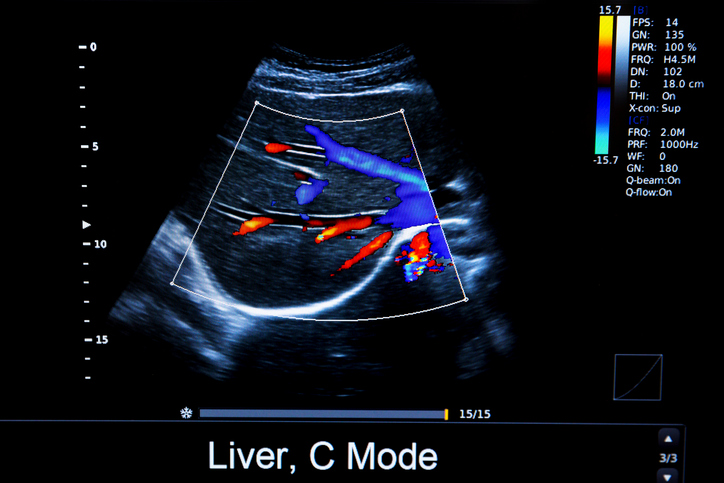 Reasons for a Liver Ultrasound:

A liver ultrasound can be used to guide doctors or surgeons during a procedure, such as a biopsy. They are important in planning for certain types of therapy and surgery, as well as in the aftermath to determine whether the patient’s body is responding to treatment.

An ultrasound of the liver is viewed through an abdominal ultrasound.

A liver ultrasound is used to detect abnormalities and determine the cause of ongoing symptoms.

An ultrasound of the liver is used to detect benign tumors or cysts.

A liver ultrasound can diagnose fatty liver disease and liver congestion or enlargement. 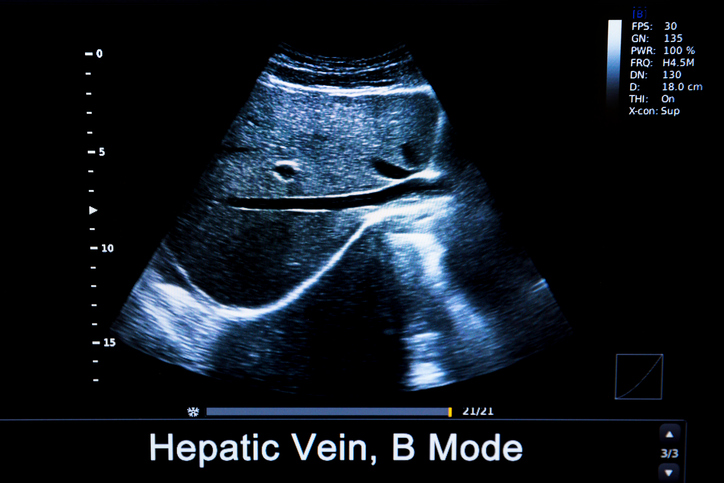 ABOVE: Ultrasounds of the liver may be ordered to view parts associated with it, including the hepatic vein, as shown here.