The History of MRI

It's really not that tough to get through.

A quick history of the MRI.

1882 - Nikola Tesla discovered the Rotating Magnetic Field in Budapest, Hungary. This was a fundamental discovery in physics.

1956 - The "Tesla Unit" was proclaimed in the Rathaus of Munich, Germany by the International Electro-technical Commission-Committee of Action. All MRI machines are calibrated in "Tesla Units". The strength of a magnetic field is measured in Tesla or Gauss Units. The stronger the magnetic field, the stronger the amount of radio signals which can be elicited from the body's atoms and therefore the higher the quality of MRI images.

1971 - Raymond Damadian, a physician and experimenter working at Brooklyn's Downstate Medical Center discovered that hydrogen signal in cancerous tissue is different from that of healthy tissue because tumors contain more water. More water means more hydrogen atoms. When the NMR machine was switched off, the bath of radio waves from cancerous tissue will linger longer then those from the healthy tissue.

1972 - Raymond Damadian applies for a patent, which describes the concept of NMR being used for above purpose. He illustrates major parts of MRI machine in his patent application.

1973- Paul Lauterbur, a chemist and an NMR pioneer at the State University of New York, Stony Brook, produced the first NMR image. It was of a test tube.

1977/1978 - Raymond Damadian went on to build the first MRI scanner by hand, assisted by his two post-doctoral students, Michael Goldsmith and Larry Minkoff at New York’s Downstate Medical Center and achieved the first MRI scan of a healthy human body in 1977 and a human body with cancer in 1978. Peter Mansfield improves mathematics behind MRI and develops echo-planar technique, which allows images to be produces in seconds and later becomes the basis for fast MR imaging.

1987 - Real time MR imaging of the heart is developed.

1993 - Functional MR imaging of the brain is introduced.

1994 - The first intraoperative MR unit developed by GE and Harvard is installed in the Brigham and Women's Hospital in Boston.

Find out what the experience is like and what you should expect.

Before the MRI During the MRI After the MRI 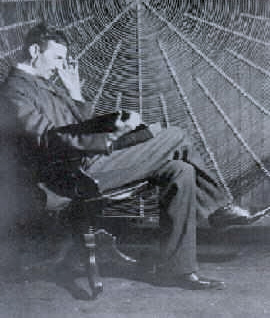 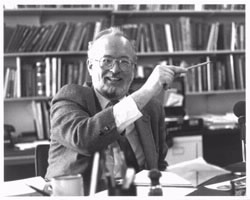 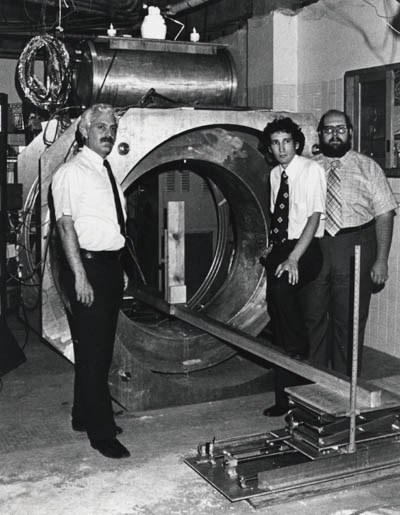 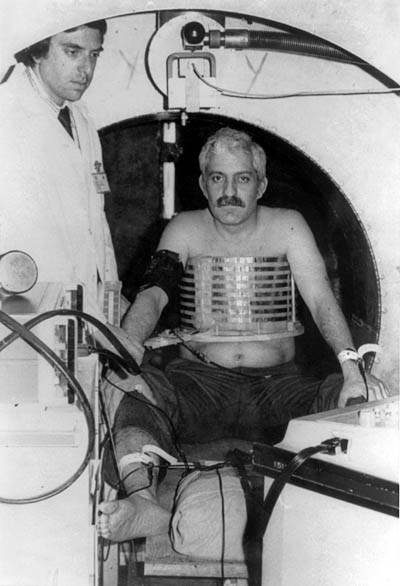 The unsuccessful first human MRI scan of Damadian. Goldsmith concluded that Damadian was simply "too fat" for his NMR receiver coil (the multi-conductor helix around Damadian's chest). source 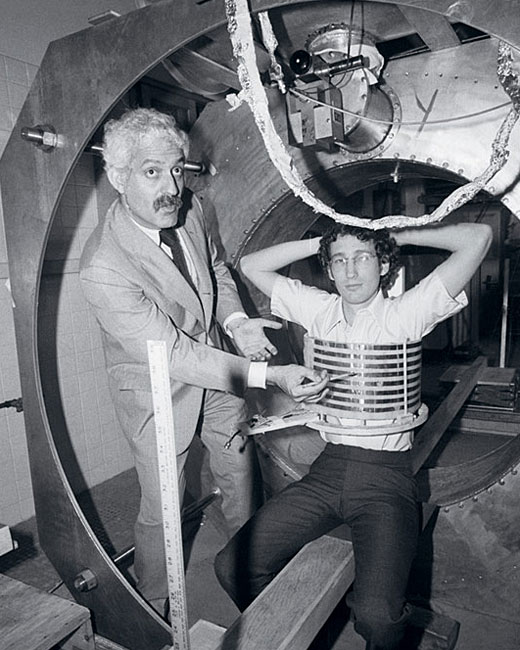 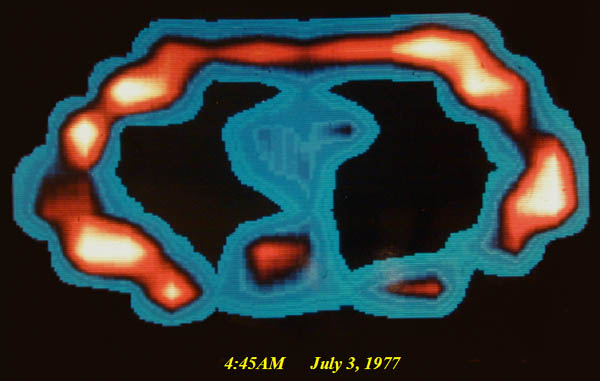 The interpolated image of the Minkoff scan and the first ever MRI scan of a live human being (4:45 AM July 3, 1977). source 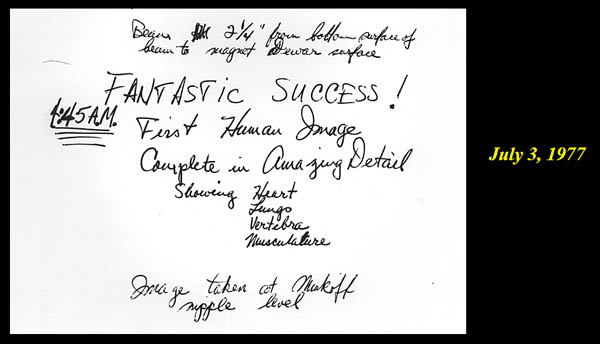 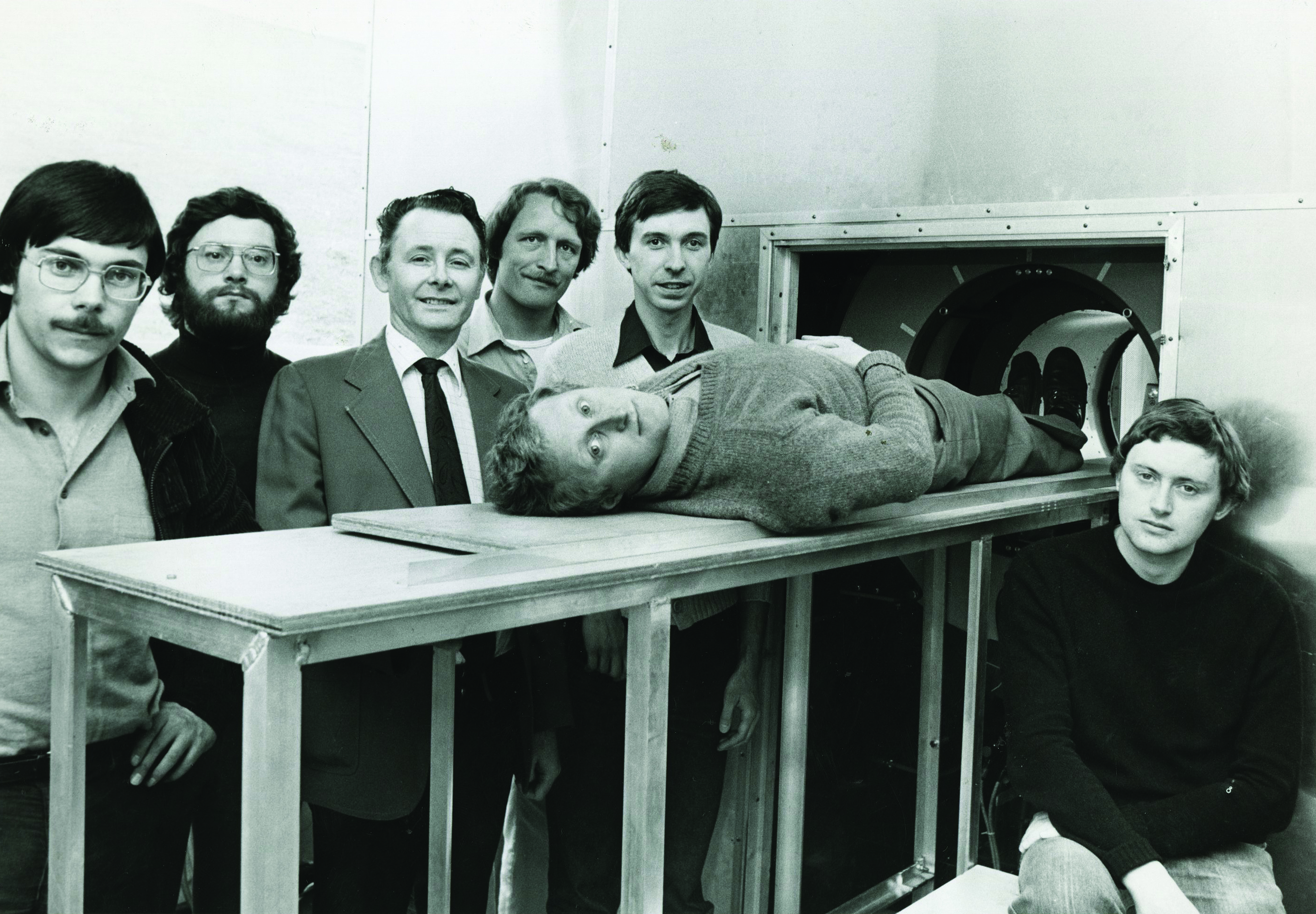 The team behind some of the first whole-body MRI scans (Copyright: Sir Peter Mansfield). source 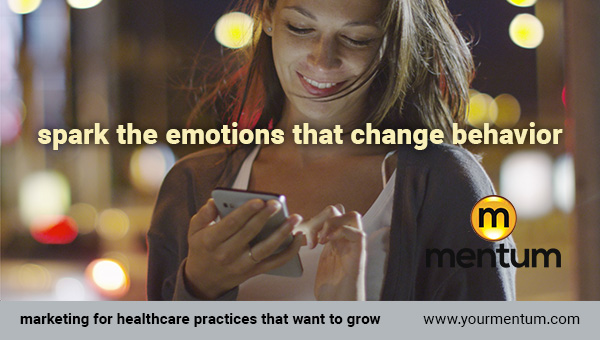 
Other Types of MRIs