What’s inside the head of a man who shoots another?  An x-ray of the right side of Jack Ruby's skull, dated January 28, 1964, may give scientists a better glimpse someday.

Jack Ruby is infamously known as shooting Lee Harvey Oswald, the man believed to have shot President John F. Kennedy and at the time, the main suspect who was in police custady.

The x-ray was taken early in the morning by technologist Shirley Davis under the supervision of Baylor Medical Center of Dallas' chief radiologist, Dr. Alvin Doyle Sears.

Suffice it to say, security around Ruby and performing the entire proceedure was tight. In fact, the first choice for getting the x-ray done was Parkland Hospital. But Parkland had declined performing the procedure due to security concerns.

Two months before this x-ray was shot, police had been taken Ruby into custody after shooting Lee Harvey Oswald.

This x-ray was possibly one of the ones ordered by Ruby's attorneys as they considered the possibility of a psychomotor epilepsy defense.  The disorder however, was never medically diagnosed in Ruby.

The nurse who took Ruby’s scull x-ray was allowed to have it because the scan was not an exact match to the other side of Ruby's brain, and therefore rendered inutile. But for those who want a little more in-depth look inside the head of a famous assassin, this just might do the trick. 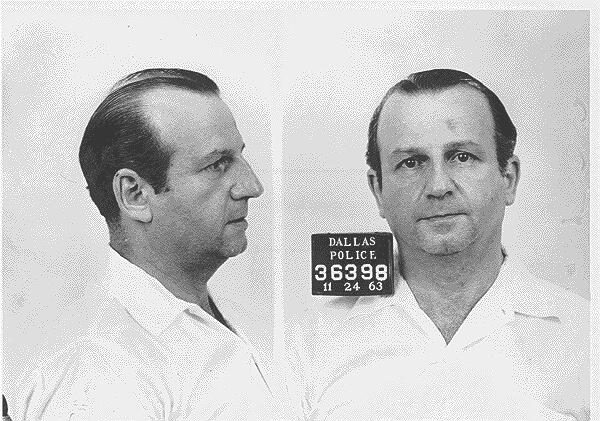 
Lee Harvey Oswald being shot by Jack Ruby as Oswald is being moved by police, 1963. source